A new Farmers’ Market has opened up near my Mum and Dads place in Canterbury in the last month or so. It has been such a treat being able to stock up on fresh organic fruit and veg. for the week. There’s artisan breads, a couple of cake stalls, a few hot food trucks, a fresh flower vendor and even pony rides to keep the kids happy. I love being able to speak with the farmers about their produce and where the farms are. It’s good to know that a lot of my purchases didn’t have to travel thousands of kilometres and most of the produce is harvested fresh for these markets.
My stash from a couple of weeks ago…. 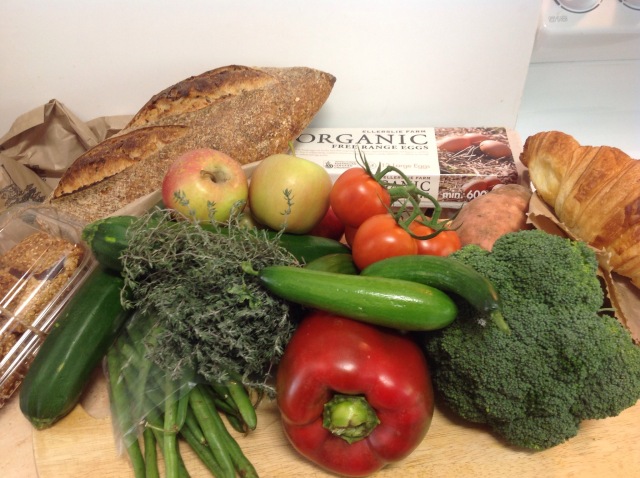 I’ve only recently acquired the taste for cauliflower soup. Can’t believe it’s taken this long…. I tried it with some fresh ginger the other night and it was divine so I thought I’d share….

Melt butter in a medium saucepan then add the onions and cook for a few minutes over medium heat until the onions are soft. Add the ginger and cook for a minute more before throwing in the potato and pouring in enough water to cover them. Bring to a simmer until the potatoes are tender.
Add the cauliflower and a little more water (enough to mostly cover the cauliflower) and allow to steam until mushy.
Carefully blitz the lot and season with salt and pepper.
It doesn’t get any easier than that….

I served the soup with some cheese and avocado bread roll toasties. Perfect for a chilly winters night. 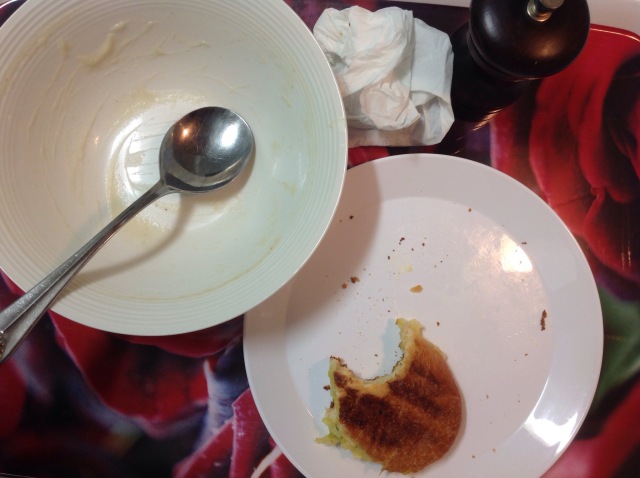